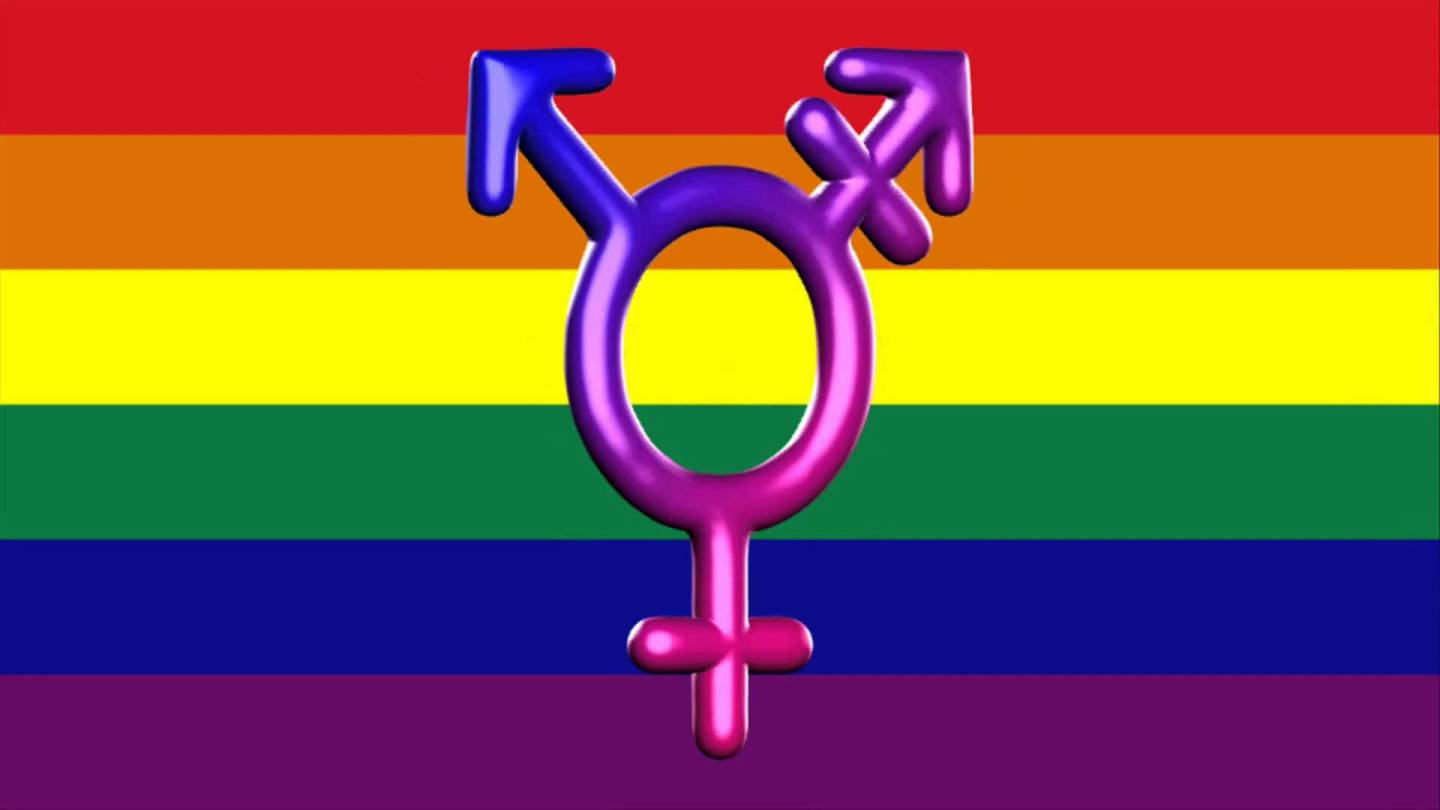 Over the weekend, I saw a tweet from Richard Dawkins,

https://platform.twitter.com/widgets.js in which he asserted that science’s truths are not contingent and that they are true in all circumstances and all conditions. There is indeed some merit in this argument, provided that our are very strict about what you consider to be a ‘scientific truth’.

So far so good, but we also must realise that as these methods are made by humans and that as humans interpret the results they are themselves imperfect and as such the ‘scientific truths’ unearthed may not always be as true as we think. Even when dealing with ‘pure’ sciences such as physics and mathematics where human emotions and prejudices have little scope to contaminate results we have to realise that there are limitations to our understanding of ‘scientific truth’ and its ability to adequately describe our universe.

For example, Newtonian physics were massive breakthroughs when first described and did a perfectly good job of describing the universe we could perceive at the time (and indeed for the next 200 or so years). Unfortunately, once we discovered sub atomic particles we could no longer rely on these long established truths. They no longer predicted the way physical matter would behave. We had to accept that these ‘truths’ were to some extent at least contingent or at the very least, incomplete.

We also need to accept that (as Andrew Fraser so eloquently put it) ‘the word ‘science’ is derived from ‘scire’, the Latin verb meaning ‘to know’.

Look, Richard is a clever guy, but this is a strange take. The word ‘science’ is derived from ‘scire’, the Latin verb meaning ‘to know’. Science is the understanding of reality, not reality itself. https://t.co/ws8QA85xrc

We then come to the relative strength of the various sciences. Pure mathematics is rightly held up as a strong descriptor of reality. Physics is similarly a strong science with little room for ‘messy’ squishy human beings complicating things. The social sciences are often derided by the practitioners of the pure sciences as their methods are less rigorous, the results of experiments are often less reliable and are sometimes even not repeatable meaning that their status as a ‘science’ is often debated if not openly refuted. This may be true but right now they are (probably) our best bet at attempting to understand humans and human behaviours.

Now, we must bear in mind that Richard Dawkins is a biologist. For me, biology is an interesting case. Its practitioners are almost universally deeply attached to their identity as ‘scientists’ and will constantly assert that biology is very much a science in the same way that chemistry and geology are sciences. The problem for me is that biology is less strong a science than many other branches of the discipline. Biologists are deeply concerned with observing living creatures and using their observations to explain the relationship of form and function within the organisms they study. This means that a biologist’s ability to accurately describe reality is deeply constrained by their own reality. Before the invention of the microscope the biologist was simply unable to observe cells. Before the invention of the electron microscope the internal workings of the cell were similarly opaque. Even on a macro level mistakes are easily made. I am reminded that for some time biologists were convinced that Hyena were hermaphrodites. The matriarchal structure of hyena society compounded by the particular anatomy of the female hyena was sufficient to confuse these scientists who drew entirely fallacious conclusions and thus posited ‘scientific truths’ that were anything but true.

This example also shows how human prejudices can impact on the sciences. Biologists at the time held matriarchal societies to be fundamentally ‘unnatural’. They refused to accept that such things could exist in nature. When confronted by such a society they would rather assume that the individuals were hermaphrodites than that a matriarchal social structure was natural (and thus could be described as ‘normal’). This was obviously not the only fallacy at work, but it was certainly a factor in the mix up.

Now consider that humans (and even trained scientists) are very adept at looking at generalities and using these generalities to describe present reality and also predict our future reality. Richard Dawkins is on record as saying that the description of transgender women as ‘women’ is a purely semantic discussion. He does not believe that transgender women are women if considered chromosomally, but that ‘out of courtesy’ he will refer to us as ‘she’. This seems to suggest that he thinks that transgender women are not ‘really’ women but that as he was raised to be polite and well-mannered, he is happy to indulge our delusion. Personally while I applaud his upbringing I would rather he applied his considerable mind to this problem than default to his prejudices and ‘good manners’.

His position may seem (at least to some) to be both scientifically and logically valid. I however disagree (sorry to ruin the surprise). From a scientific basis, initially, biologists observed that different life forms reproduced in different ways. They realised that there were broadly two types of reproduction, reproduction where the organism could reproduce itself without need for a second organism and reproduction where at least two organisms were required. In the former case there were two ways of reproducing, one was vegetative where new organisms could ‘arise’ out of a piece of the ‘parent’ organism (for example, earthworms that are cut in two becoming two separate earthworms or potato plants growing from the tuber), and ‘hermaphroditic’ reproduction where an individual organism was able to fertilise its own gametes. The latter case was described as sexual reproduction and the biologists realised that the species usually fell into different ‘types’ of individual organisms. They could have chosen to describe these organisms in any way they liked (A/B or 1/0 or X/Y) but they went with male and female. They applied this binary to all species, whether plant or animal. They then noticed that the distinction between male and female was highly correlated with a wide variety of other behaviours not always obviously directly related to reproduction. In most animal species the individuals displayed different physical characteristics: females tended to care for the offspring (especially in mammals), males were often more aggressive and bigger than females etc. These observations also applied to human beings and the biological distinction between male and female was conflated with the social and individual behaviours associated with gender, that is the difference between man and woman. The high degree of correlation between biological sex (that is the role played by the individual in sexual reproduction and the attendant sex organs and their structures) and gender roles seemed innate and ‘natural’. Possibly precisely because so little attention had been given to the social sciences and their ability to understand concepts such as socialisation and gender-role conformity etc. It seemed that sex and gender were identical and immutable. All individuals with a penis were male and also ‘men’. All individuals with a vagina, uterus and functioning mammary glands were female and also women. A more detailed study of sexual organs (including revealed further ‘truths’ about primary and secondary sexual characteristics). As technology improved, we understood more and more about how sex hormones worked and we could even start to understand why males had nipples and some male biologists even managed to find the clitoris although its purpose still seems to elude some of them. Any individuals who did not conform to the penis-male-man/vagina-female-woman binary were seen at best as anomalies, quirks of nature a at worst monstrous deformations that needed to be eliminated lest they contaminate the breeding stock.

Technology developed further and chromosomes were identified and suddenly we could see that these distinctions between male and female were even more real than we at first thought as they were literally rooted in our DNA with females being chromosomally XX and males being XY. So far so good this is real and all very scientifically true. We can look at an individual and determine their sex by their DNA’s chemical structures. Wonderful.

The only problem is that this may not be as easy and as clear cut as we think. For starters biologists did not spring into existence as pure scientific beings with no ‘back story’ they all grew up in a gendered world and this world would have formed much of their thoughts. They knew that men and women existed. They knew that men were fathers and that women were mothers. They also knew that gender roles were correlated with sexual roles. It is not unreasonable that these ‘bits’ of knowledge shaped and informed their thinking and certainly ‘coloured’ their observations. They had pre-formed ideas about sex and gender that must have impacted on their findings. Then as technology and study has continued to develop, we have realised that chromosomes are not as neat and ordered as we thought. We have discovered that there is in fact a chromosomal basis for intersex individuals. We have also learned that genetics is more complicated. We have found that certain genes are activated and deactivated by conditions in utero and that individuals with almost identical genetic source material and identical conditions in utero can still differ in meaningful ways
due to miniscule changes in their DNA.

The relationship between these factors and brain chemistry is also less than clear. We know that we know little about our brain. In the past people were adamant that sex was a reliable predictor of all sorts of things: women were weak, women were less intelligent, women were more emotional etc. Positions that we now know to be absurd. It is equally absurd to suggest that the presence of a penis and testes (which are actually similar structures to the clitoris and ovaries, they have just been ‘tweaked’ slightly differently) or a rogue Y chromosome will determine what our brains think about ourselves.

It is thus clear that biologists who assert that transgender women are not ‘truly’ women because of some attachment to a ‘biological scientific truth’ (whether rooted in roles in sexual reproduction or an attachment to chromosomal biology) are committing the cum hoc ergo propter hoc fallacy. An individual’s sexual organs are not necessarily correlated with their gender. Gender and role in sexual reproduction are not identical. Chromosomes also may not perfectly describe or predict sex, let alone gender. There is much that we still have to learn about the human brain. We have much to learn about chromosomes and other cellular bodies.

Finally, the idea that biology is a superior science to the social sciences and has access to immutable and unconditional truths by virtue of its elevated status is simply not true at this time. Biology is arguably the weakest of the ‘natural’ sciences. It is certainly significantly weaker than mathematics and physics. Biologists are as blinded by contingent circumstances and human prejudices as social scientists. This does not invalidate biology, nor does it invalidate the biologists’ research. We must however be aware that all science comes with certain innate limitations, that not all scientific knowledge is necessarily true and that when it comes to biologists and their claims, we need to carry a few extra grains of salt with us.