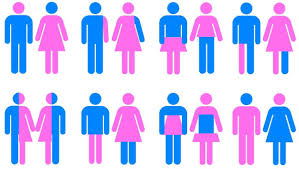 There I was innocently minding my business a few weeks ago when a private message arrived via Facebook Messenger. It was a person I had never interacted with before, but who had asked to be my ‘friend’. We had some mutual friends, so I had accepted. We exchanged the usual pleasantries. Then it came: ‘can I ask you something’, she asked. I am something of an open book and I am happy to answer most of the questions people are tempted to ask (if they are ‘legitimate’ questions driven by a genuine intent to learn and engage), so I said ‘yes’. After some skirting around the issue it turned out that this person wanted me to find her (it seems she is a cisgender female) a pre-op transgender woman who has fertile sperm as she wanted to have a baby with a transgender person.

I was more than a little surprised. Many questions sprung to mind. The most pertinent one seemed to be ‘why?’ Against my better judgment, my curiosity got the better of me and I asked, why? The best she could do was to say that she thought transgender people were beautiful, caring people. Sweeping generalisation much? told her that I was unable to help her.

Then about two weeks later she messaged me again, asking if we knew each other. To be frank I did not recall her at all until she asked me again if I could help secure her some transgender women sperm. Again, I said no.

Then this week she repeated the whole charade. By now I was getting frustrated and I said that I really could not help her and even if I could help her, I would not. She seemed a little surprised and asked why I would not help bring joy to someone’s life. I had no intention of offending her, but as she had asked, I felt she deserved the truth. I explained that I believed her actions were extremely selfish. I had no way of knowing that any child conceived from such an arrangement would indeed have any joy. Given that she was a stranger it seemed just as likely that the child could be born into a great deal of distress. I also believed that generalising in this way and looking for sperm from a trans person is highly problematic. It suggests a highly cavalier approach to parenthood that is unethical at best and is quite possibly immoral. Nobody gets the ‘perfect’ parents but selecting a potential parent based solely on their gender identity and ignoring all other traits is just plain wrong, in my opinion. I explained all of this to my erstwhile correspondent. She was surprised but I have not heard back from her yet…

Inter alia, the logistics of all this astounded me. She lives in the USA if she wanted my sperm, how was it going to get across the Atlantic Ocean and half way around the world and remain viable? If she was prepared to settle for just any old ‘tranny sperm’ (my term, not hers and apologies if it offends) then how exactly was I to facilitate this? Was I to send out random messages to all my USA based transgender woman friends asking them if:

I think not! Firstly, I simply would not ask any of this because it is all too insulting (let alone difficult to accomplish). Secondly, as I said I have serious ethical reservations around the whole endeavour. Finally, on another level and apologies for the overshare but I am just not physically/biologically capable of assisting her with my own sperm, quite aside from any ethical objections…

With that side of the equation dealt with, here is the other:

I received a WhatsApp message from the USA. From a man. This is not exactly ‘usual’ for me. In the WhatsApp he declared his undying love for me. Strangely he never once mentioned his name, where he knew me from or indeed where he had found my mobile number. He did ask me a number of personal but not outrageous questions and tried to engage me in conversation. I simply ignored the message thinking he would eventually lose interest.

Later I received a second message saying that he could see I was busy and that he would chat later. Then yesterday the final missive arrived. He wanted me to have his babies! I kid you not. This guy from half way around the world wanted to impregnate me and have me carry his children into this world. Again, I found the logistics… Confounding. How exactly did he think this could be achieved? I believe that all my social media profiles mention that

Did he think he would wrest me from my spouse and family, bring me over to the USA and have me shacked up in an apartment somewhere looking after his offspring? Or would he come to sunny South Africa and provide for us all here? Or what? Of course he may just have not read my profiles, but then how did he get my number? The mind boggles.

And then of course there is the biology of it all… Does he even know how babies are made? Does he know that (as of yet) it is somewhat beyond the medical world to equip a transwoman with all the necessary ‘bits’ to be able to give birth, let alone conceive? Oh, and then of course there is my age. I think my child bearing days (if they ever were present) are now long behind me!

If it weren’t so scary it would have made me laugh. I didn’t laugh. I blocked him. Thank goodness for the block function WhatsApp so thoughtfully provided. On reflection I decided that this was the worst pick up line/attempt at flattery in the history of ‘dating’ (online or otherwise) ever, or that he was just trying to flatter me in order to be nasty at some later date, making him the uberest troll in Uber Trolland.

However, I have chosen to put a positive spin on these interactions. I must look young enough for at least one delusional man in the USA to think that motherhood is a viable option for me, I look ‘good’ enough for him to want to father my putative children and someone out there likes trans people enough to want to have OUR babies.

Sometimes you just have to shake your head, smile ruefully and realise that the world is an even stranger place than you thought, inhabited by stranger people than you thought existed, but also be thankful that there is a place for you and your strangenesses in this world too!